PREMIER League ace Kurt Zouma has been filmed booting his cat like a football across his kitchen floor.

The club condemned Zouma’s actions and fined him £250,000, which they state is the maximum fine they are able to hand out.

The West Ham defender is seen attacking the pet at his £2million mansion while his brother films him.

Zouma, 27, drops the moggy and boots it in mid air across the kitchen floor.

The French international then chases the animal around his dining room in front of a child as the cameraman laughs.

Zouma also hurls a pair of designer shoes at the pet — which frantically tries to escape.

In a final clip, he is seen forcefully slapping the cat in the face — and out of the child’s arms.

Zouma’s cats have now been rescued by the RSCPA after thousands of people lodged complaints.

Last night, Zouma issued a grovelling apology for the attack and insisted it was an isolated incident.

He said: “I want to apologise for my actions. There are no excuses for my behaviour, which I sincerely regret.

“I also want to say how deeply sorry I am to anyone who was upset by the video. I would like to assure everyone that our two cats are perfectly fine and healthy.

“They are loved and cherished by our entire family, and this behaviour was an isolated incident that will not happen again.”

It is understood the £30million former Chelsea player was furious that the Bengal — an expensive breed of domesticated cat that looks like a small leopard — messed up his house.

A source said: “It seemed that Kurt had got angry at the cat for accidentally smashing some sort of vase and tearing down a light fixture from the kitchen cupboard.

“But what he does next is completely unacceptable. Kurt kicks it, throws shoes at it and then slaps it. The poor cat looked so scared.”

The disturbing footage was filmed by Zouma’s brother Yoan and posted to Snapchat on Sunday afternoon — a day after the centre-back appeared for West Ham in the FA Cup.

The first clip was captioned “sa commence”, which translates into English as “it is starting”. It is replaced with a dozen laughing face emojis in later clips.

An RSPCA spokesperson said: “This is a very upsetting video. It’s never acceptable to kick, hit or slap an animal, for punishment or otherwise.”

Dr Maggie Roberts, of charity Cats Protection, said: “Any person seen or suspected of treating an animal badly, whether this is physical violence, neglect or any other form of cruelty should be reported to the RSPCA.

“The police work closely with the RSPCA to investigate cases of animal cruelty. Cats are sentient beings and experience pain and fear. Beating up a cat will only cause it to suffer physically and mentally.

“We noticed that some people viewing the video online thought it was funny. We can assure them that this is not a laughing matter.”

Zouma — who won the Premier League twice with Chelsea after joining them in 2014 — has scored one goal in 12 games since moving to the Hammers in the summer.

The worst offenders can be caged for five years instead of just six months under the Animal Welfare (Sentencing) Bill.

Dog fight organisers, farmers who neglect horses and thugs who abuse puppies or kittens can all be hit by the long jail term.

The new legislation — championed by PM Boris Johnson and his animal-loving wife Carrie — came after a four-year campaign by Battersea Cats & Dogs Home in London.

It makes CCTV mandatory in every slaughterhouse in England and bans the export of live animals for fattening and slaughter.

Standards in zoos must be improved and household pets even have their feelings protected.

The law says animals with a backbone have a right to happiness as well as avoiding suffering.

The Battersea home launched the crusade after discovering fly-tippers were given harsher sentences than animal abusers.

When the bill came into effect last June, comedian Ricky Gervais, 60 — a dedicated animal rights campaigner — said: “Justice will finally be served to anyone who perpetuates animal cruelty and a proper punishment brought in.

“It’s one I hope will serve as a deterrent to anyone who’d contemplate harming an innocent creature.” 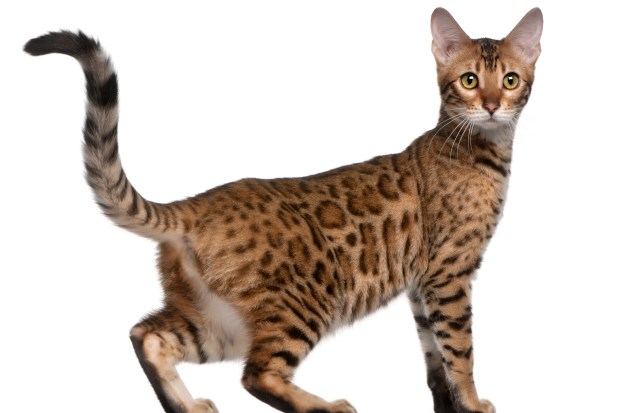 BENGALS are one of the UK’s most expensive and rarest domesticated cats.

The breed originated in the US in the 1970s from wild Asian leopard cats crossed with tabbies.

Their spotted coats make them look like mini-leopards and their athletic, slender physiques have seen them become prized pets in the cat world.

They are known for their extremely friendly personalities and are loved for being similar to dogs with displays of loyalty.