Lewis Hamilton topped the timesheets ahead of Charles Leclerc in Practice Two to round off a dominant Friday at the Turkish GP, as title rival Max Verstappen struggled down in fifth in the Red Bull.

On a day where the momentum looked likely to swing towards Verstappen with Hamilton’s 10-place grid penalty for Sunday confirmed, the Dutchman could not find car balance or pace around the tricky Istanbul Park while championship leader Hamilton looked in control throughout.

In second practice, Hamilton followed up his comfortable advantage in P1 with another fastest time and track record, a 1:23.804 on the soft tyres, some six tenths of a second quicker than Verstappen.

“I didn’t really know what to expect today when we went out there but, jeez, there was so much more grip than we’ve had before,” said Hamilton. “It’s intense how much grip there was, which was awesome.

“We started with a really good set-up. I don’t know how much more there is [to find]”

A forlorn Verstappen added: “We’ve got a bit of an evening ahead to make it a bit better because today wasn’t the best of days.” 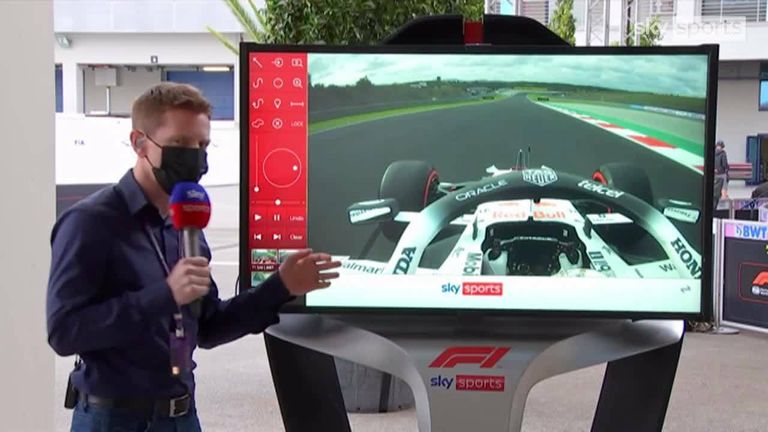 Anthony Davidson was at the SkyPad to analyse the major talking points from Friday Practice ahead of the Turkish GP.

Anthony Davidson was at the SkyPad to analyse the major talking points from Friday Practice ahead of the Turkish GP.

Hamilton was, however, challenged very closely by Leclerc.

The Monegasque driver was just a tenth off the pace as he enjoyed a surprisingly mighty Friday in the Ferrari, who had by far and away the most competitive midfield car to start the weekend.

Valtteri Bottas was third for Mercedes, leaving the Red Bulls of Sergio Perez and Verstappen fourth and fifth on a disappointing day for the title challengers. 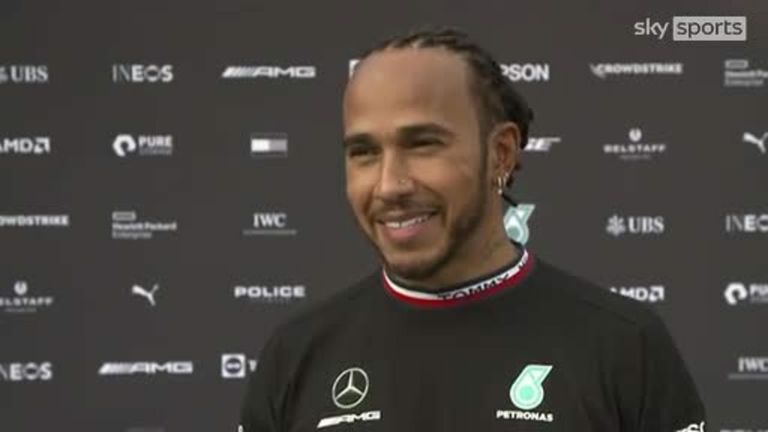 Lewis Hamilton topped the timesheets ahead of Charles Leclerc in Practice Two to round off a dominant Friday at the Turkish GP.

Lewis Hamilton topped the timesheets ahead of Charles Leclerc in Practice Two to round off a dominant Friday at the Turkish GP.

“We have a balance mish-mash at the moment,” admitted team boss Christian Horner. “We just need to understand the issue. We have a good car and it’s just about getting into that performance window – l don’t think we hit that today.”

Perez and Verstappen were both over half a second slower than Hamilton, who also appeared to have faster long-run pace.

“Looking ahead to Sunday, that bodes very well for Lewis Hamilton,” said Sky F1’s Ted Kravitz, with Hamilton facing a recovery mission with his 10-place grid penalty for that new Mercedes engine.

“The Mercedes is working extremely well,” added Paul Di Resta. “If Lewis has the same performance that he had today on Sunday, you can’t count him out for the win. He will be charging through.” 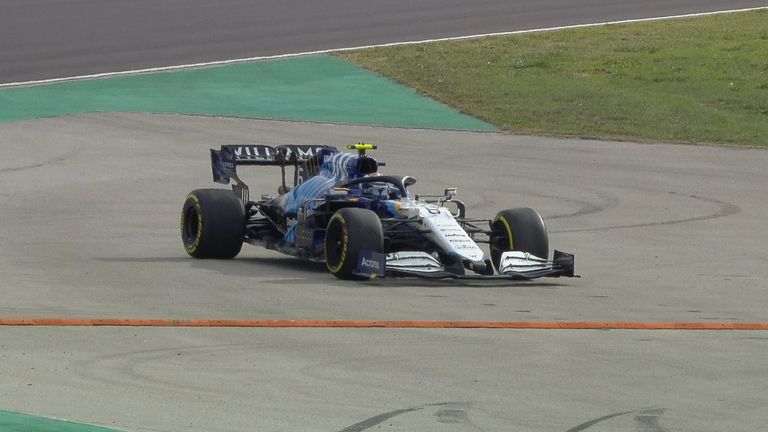 Many drivers struggled to keep control of their cars in a Practice Two session that was made trickier by strong gusts of wind. Nicholas Latifi was one of the drivers to spin, while Lando Norris also ran wide on one of his qualy sim laps.

Norris still finished a competitive sixth at the end of P2, ahead of the Alpines of Fernando Alonso and Esteban Ocon.

Pierre Gasly complained of understeer through the session, which he finished ninth, while Antonio Giovinazzi rounded off the top-10 in the Alfa Romeo.

Lance Stroll and Sebastian Vettel were only 13th and 16th for Aston Martin, who could follow Mercedes and Ferraris’ lead with Hamilton and Carlos Sainz by taking an engine penalty this weekend.