The Duchess of Cambridge will tomorrow night please CBeebies’ young viewers by reading the classic children’s tale The Owl Who Was Afraid Of The Dark.

But the story behind the book is every bit as remarkable as the bedtime tale itself, The Mail on Sunday can reveal.

That is particularly poignant as the Duchess’s TV appearance marks the final day of Children’s Mental Health Week. Palace aides said she also chose the book because the story – about a barn owl called Plop who overcomes his fear of the dark with the help of friends – chimes with the mental health challenges children can face. 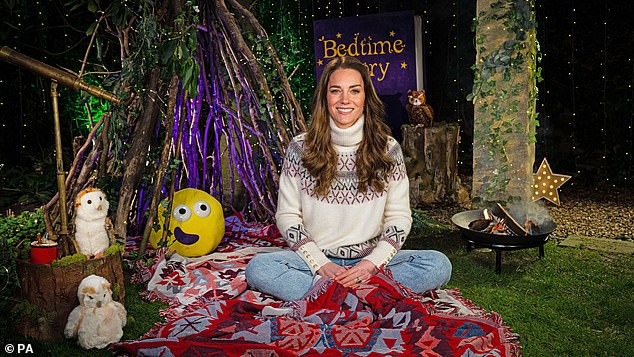 Ms Tomlinson wrote the book in 1968, just as multiple sclerosis was starting to ravage her body – a new obstacle for her to overcome after years of struggling with serious mental health problems. Her symptoms began as post-natal depression, but then intensified.

‘In those days it was called manic depression, but now I think it’s called bipolar,’ said her daughter Kate Goodwin.

‘She must have been 26 when it started. After a couple of years they found it could be kept under control with psychoanalysis.’ 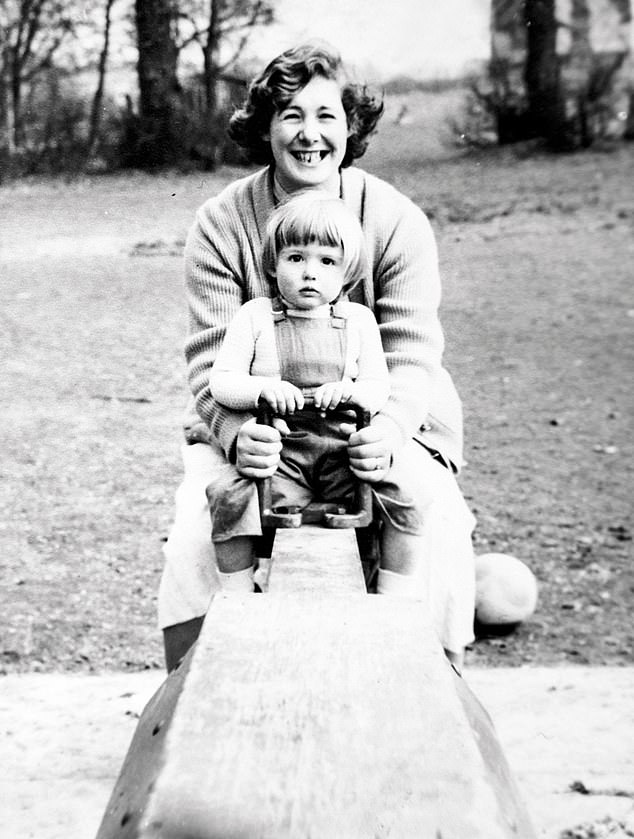 Jill Tomlinson in 1957 with her daughter Kate in Kenton, north London. Jill was author of The Owl Who Was Afraid of the Dark and other works for children

During her recovery she embarked on a creative writing course and started drafting her first children’s stories. But as Ms Tomlinson began writing, the MS took hold.

Despite the illness, she finished her first book, Hilda The Hen, which was published in 1967, followed by The Owl Who Was Afraid Of The Dark.

She went on to write 12 further books, revolving around the adventures of animals such as penguins, otters and aardvarks, although half of them are now out of print.

The author would visit London Zoo for research and inspiration, but when she became wheelchair-bound her field trips had to end. Eventually she needed round-the-clock care.

‘My fondest memory of her is her smile, I think,’ said Mrs Goodwin. ‘She was always fun and lively, even though we were being horrible teenagers at the time.’

Ms Tomlinson painstakingly wrote her final books by dictating to her children, before finally using a special board on which she would select individual letters by blowing at them with a pipe or gesturing with her eyes.

She died in 1976, aged 45, having raised three children, Kate and two younger brothers.

Mrs Goodwin, a retired tax official, said: ‘I think she probably decided she’d done her bit. She brought up her kids, and I think, basically, she lost the will to go on fighting.’

She said the family was honoured by the Duchess’s choice of her mother’s book. ‘We’re very pleased and happy that it’s a book that has stood the test of time, that people do remember from their own childhoods,’ she said.

‘People still find it funny, even if the Duchess of Cambridge considers it fitting in with mental health – striving to get over your problems and solve them with ideas.’

Ms Tomlinson, who grew up in Twickenham, South-West London, did not show any early literary talents.

‘Her teachers complained that her writing style was far too juvenile,’ said Mrs Goodwin, ‘but that works quite well for a children’s author.’ Instead Ms Tomlinson had ambitions to become an opera singer, and studied at the Royal College of Music. 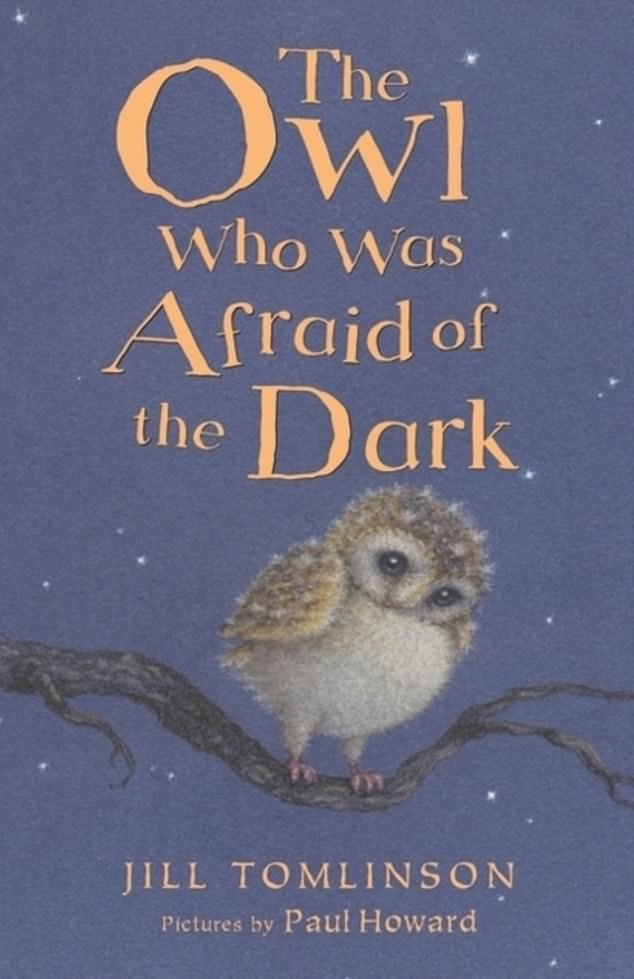 Ms Tomlinson wrote the book in 1968, just as multiple sclerosis was starting to ravage her body – a new obstacle for her to overcome after years of struggling with serious mental health problems. Her symptoms began as post-natal depression, but then intensified

The devout Christian then met her future husband, Rolfe, whom she married when she was 20 and he was 26.

But when she developed mental health problems, that put paid to her dream.

Last night a Kensington Palace source said: ‘The Duchess personally chose the book because she enjoyed reading the longer version as a child and now enjoys reading it to her own children.

‘The Duchess felt the story chimed so well with Children’s Mental Health Week in that it addresses themes such as growing to overcome your fears with the help of those around you.’

Kate, 40, will be the first Royal to read a story for children on TV since her father-in-law, Prince Charles, appeared on the BBC’s Jackanory in 1984 to read his story The Old Man Of Lochnagar.

The Duchess, whose reading will air at 6.45pm on February 13, is the latest household name to appear on CBeebies Bedtime Stories, following the likes of Chris Evans, David Tennant, Tom Hardy and Suranne Jones.