Space Exploration Technologies Corporation (SpaceX) has shared breathtaking footage of the company’s Falcon 9 rocket. The footage is from SpaceX’s recent launch for the Italian Space Agency, which saw the company launch the COSMO-SkyMed earth observation satellite. The footage marks a rare occasion where color and high-definition views of the Falcon 9’s two separate stages separating were captured during flight, as SpaceX managed to land the first stage booster on land as opposed to on its traditional sea-based platforms.

SpaceX is the only entity in the world, public or private, that is capable of landing the first stage rocket boosters of a medium-lift launch vehicle. According to the National Aeronautics and Space Administration (NASA), a medium-lift rocket is one that can carry 5 to 20 tons of payload to orbit, and the Falcon 9 is capable of delivering up to 22.8 tons to orbit according to its latest specifications.

Additionally, the Falcon 9 is also one of the cheapest rockets in the world, once it has been reflown a handful of times. This is due to the rocket being able to land its first-stage booster, which allows SpaceX to massively save up on the costs of building a rocket. In fact, statements made by the company’s chief executive officer Mr. Elon Musk have suggested that the bulk of the costs for a Falcon 9 launch that reuses its first stage are those for the second or upper stage, which is incapable of landing. 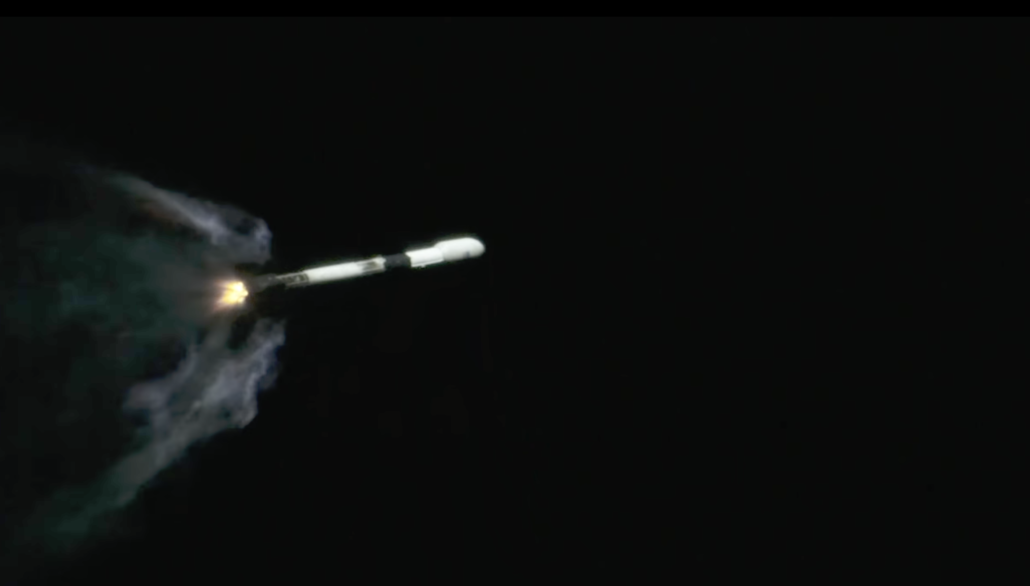 The SpaceX Falcon 9 as it soars to the sky to deliver the Italian Space Agency’s COSMO SkyMed satellite earlier this week. Image: SpaceX/YouTube

During the flight, the first stage is responsible for doing most of the work of pushing the rocket’s payload out of the Earth’s atmosphere. During this period, the Falcon 9 travels at least as fast as 5,000 kilometers per hour, and once its main engines shut off, the first stage detaches itself from the rocket to land back on Earth.

After detaching, and once it is safely away from the second stage, the first stage then reorients itself to make sure its engines are pointing towards its landing site. Following this, its Merlin engines reignite to slow down the half-rocket to ensure that it can successfully land. 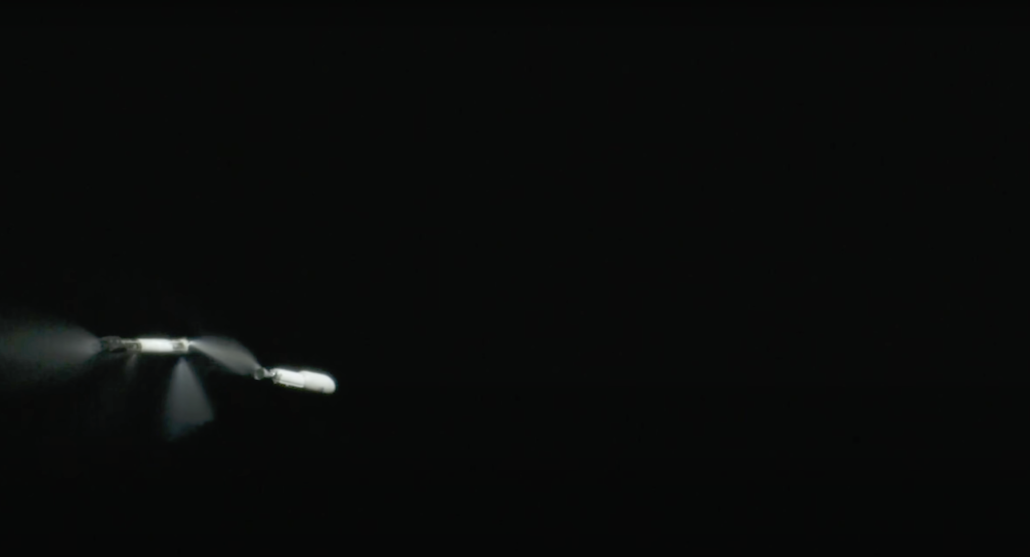 The first (left) and second (right) stages of the Falcon 9 after separating during the COSMO SkyMed launch. Some of the white plumes are from the first stage’s cold gas thrusters which fire at pre-determined times for reorientation before its primary engines reignite. Prior to this, the rocket was traveling at 5,984 km/h according to telemetry data from SpaceX’s live stream. Image: SpaceX/YouTube

The second stage, visible at the right above, then ignites its Merlin vacuum engine to continue the remainder of the journey. This engine is also capable of shutting down and reigniting, and the number of times it does so depends on the trajectory of its payloads. Payloads with destinations higher in altitude often require more thrust before they can reach their destination.

SpaceX’s latest video is a rare occasion where the entire sequence of events has been captured in color, providing us with a detailed peek into what occurs in the skies after the Falcons take off. Following the stage separation, pictured above, the Merlin engine on the second stage successfully ignited, and soon afterward, the payload fairings present on the second stage also successfully separated. The payload fairing is what is dubbed in the space industry as the ‘shell’ surrounding a payload, and both events are also clearly visible in the video

The Cosmo SkyMed, short for ‘COnstellation of small Satellites for the Mediterranean basin Observation’, is an Earth observation satellite system funded by the Italian government and intended for both civilian and military use. It is built by the French-Italian aerospace manufacturer Thales Alenia Space, and each satellite weighs roughly four tons. SpaceX launched the second of the four satellites, with the previous one having taken to the skies on a Russian Soyuz rocket last year. The remaining two are planned to fly on the ISA and Ariannespace’s Vega-C rocket.

You can take a look at the full footage from SpaceX below: