By Daniel Matthews For The Daily Mail

Jose Mourinho seems to be bored of hearing about the Special One these days. But how better to describe a manager who reigns supreme in the inaugural ‘Cup of Jokes’?

That was how Roma’s squad viewed the Europa Conference League a year ago. By Wednesday night, however, no player or supporter in Tirana was treating this as a tin-pot, third-rate competition.

Not when European glory had eluded them since the 1961 Fairs Cup. That barren spell is over after Nicolo Zaniolo’s goal downed Feyenoord. 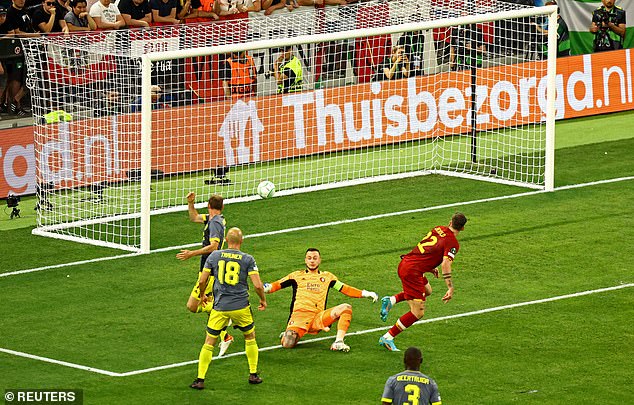 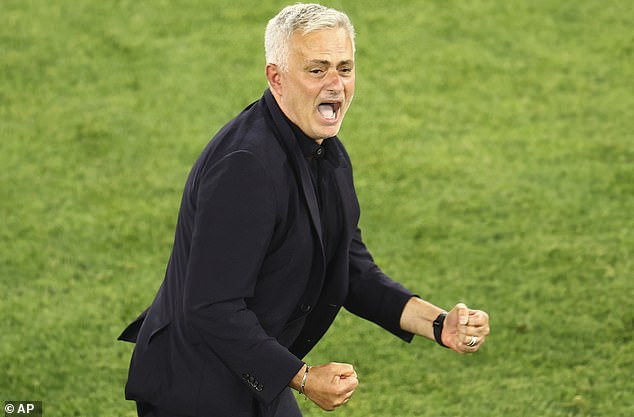 It means Mourinho is the first manager to win a European competition with four different clubs. His record in major continental finals remains perfect: played five, won five. Mourinho reminded everyone of that – holding up four fingers and a thumb – as he was mobbed at full-time.

And make no mistake, this was a vintage Jose performance – embodied by Chris Smalling who was immense as Roma held firm in Albania.

Tammy Abraham had a quieter evening but a brilliant debut season ends with another European medal to add to last year’s Champions League title.

‘We knew how much it was going to mean to everyone in Rome,’ Smalling said.

All that was lacking? A chance. At either end. Abraham and Cyriel Dessers were vying for the golden boot but neither had a sniff. No one did, really, until Zaniolo peeled into space, cushioned Gianluca Mancini’s diagonal pass and chipped the ball over Justin Bijlow.

It was brilliantly taken – no wonder the Roma bench emptied.Mourinho tried to temper the celebrations, for once.

And with good reason. Back came Feyenoord. Orkun Kokcu’s shot was spilled by Rui Patricio before they struck the woodwork twice in no time. Mancini turned a cross against his own post.

Then Rui Patricio pushed Tyrell Malacia’s shot on to frame of the goal.Soon, however, Abraham was through. 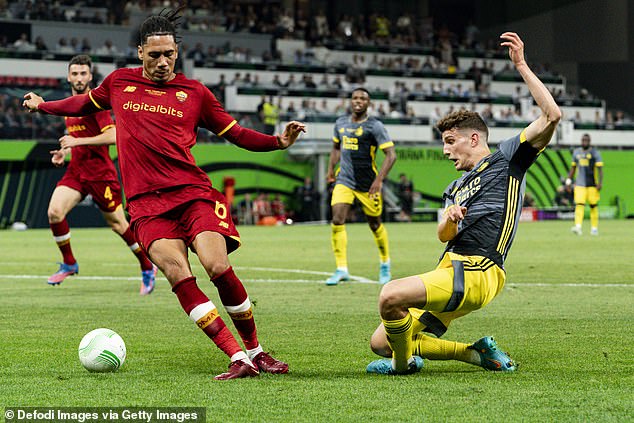 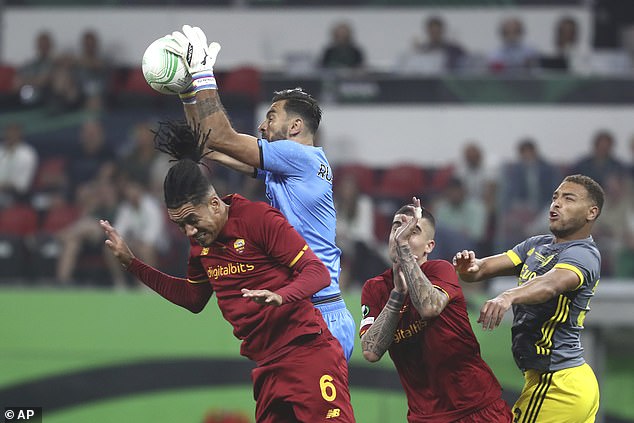 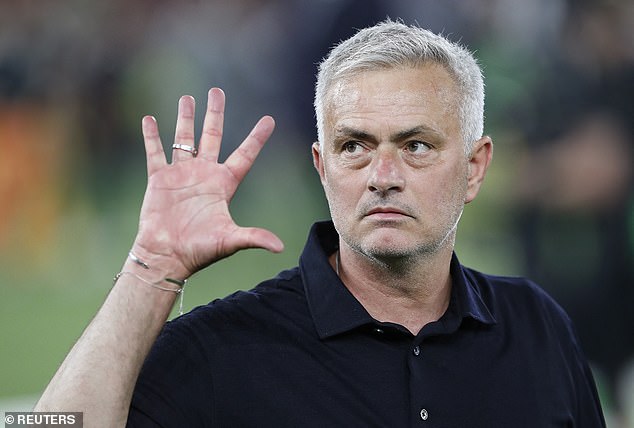 Mourinho also has won five of his five finals in Europe, a point he made known post-match

He appeared to be pulled back by Marcos Senesi – it looked an obvious red to all except the referee and VAR. Fortunately for Roma, it mattered little.

‘One thing I said when I came here… I want to win a trophy in my first season. I’ve achieved that,’ Abraham said.

‘I love (the fans), from day one it’s been the best. We’re champions, I’m happy to be part of the team. Now it’s time to party.’ 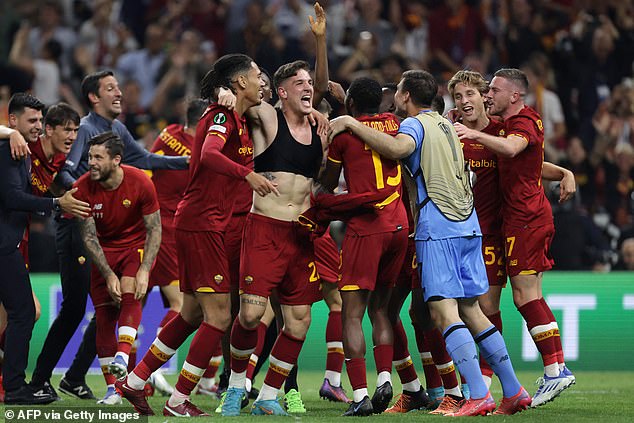 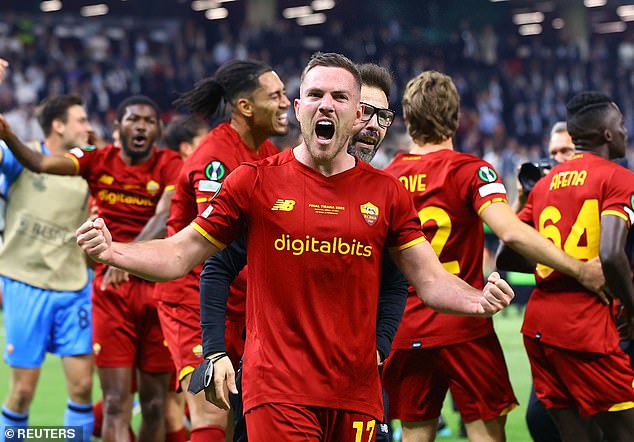 It is AS Roma’s first trophy in European competition since the 1961 Fairs Cup, 61 years ago

Re-live all the action with Sportsmail’s Kieran Jackson here: