A computer simulation of a black hole has revealed that magnetic fields generate the massive flares that sometimes erupt from stellar objects, scientists said in a study first released last month.

According to research co-led by Dr. Bart Ripperda of the Flatiron Institute in New York City, the bright-light bursts of previously unknown origin that came just outside a black hole’s event horizon were caused by powerful surrounding magnetic fields. The phenomenon has been known for some time, but computer simulations allowed the researchers to get more insight into its nature.

The results were first made available on January 14 and published in the Astrophysical Journal Letter of the American Astronomical Society.

The research team used three separate supercomputer clusters to produce a highly detailed model of the processes that happen outside the event horizon. This allowed them to achieve images at a resolution 1,000 times greater than was previously possible, according to the report of the Flatiron Institute’s Center for Computational Astrophysics (CCA). 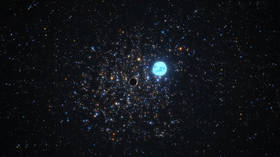 “The fundamental process of reconnecting magnetic field lines near the event horizon can tap the magnetic energy of the black hole’s magnetosphere to power rapid and bright flares,” said Dr. Ripperda, a joint postdoctoral fellow at CCA and Princeton University. Ripperda added that this topic connects plasma physics with astrophysics.

The research team expressed hope that the data collected by the James Webb Space Telescope launched last December as well as from the Event Horizon Telescope program would confirm the process seen on the new simulations, and continue their work to enhance the models with even more details.