Green Bay Packers quarterback Aaron Rodgers was named the NFL’s most valuable player on Thursday night at the NFL Honors presentation in Los Angeles, becoming the fifth player in league history to earn the award in back-to-back seasons.

Rodgers led the Packers to their third straight NFC North title after going 13-4 in the regular season. He totaled 4,115 passing yards for 40 touchdowns, four interceptions and 69.2 quarterback rating. 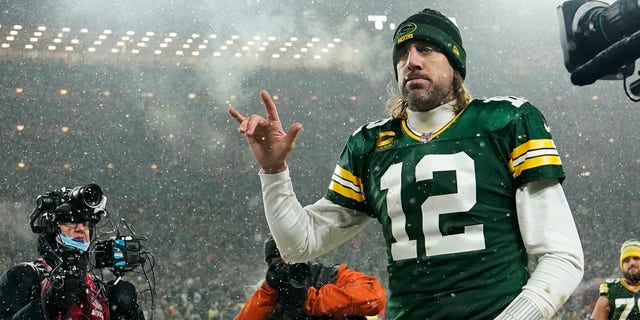 Quarterback Aaron Rodgers #12 of the Green Bay Packers gestures as he exits the field after losing the NFC Divisional Playoff game to the San Francisco 49ers at Lambeau Field on January 22, 2022 in Green Bay, Wisconsin.
(Patrick McDermott/Getty Images)

The veteran signal-caller overcame struggles both on and off the field to get to this point. He hinted at retiring or joining another team after he openly criticized the Packers’ front office and voiced his disappointment in their draft selections. His personal health also became a point of controversy after it was revealed in November that he was not vaccinated following a bout of COVID-19.

In January, one of the MVP voters openly criticized Rodgers saying he would not be backing Rodgers over his behavior off the field. 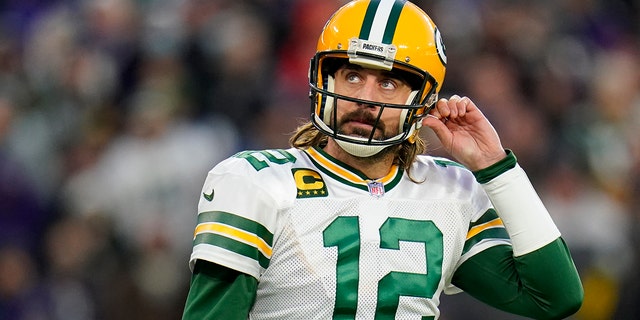 Green Bay Packers quarterback Aaron Rodgers walks off the field after not being able to convert for a first down in the first half of an NFL football game against the Baltimore Ravens, Sunday, Dec. 19, 2021, in Baltimore.
(AP Photo/Julio Cortez)

“I think he’s a bad guy,” Hub Arkush, editor and general manager of Chicago Football magazine, said. “I don’t think you can be the biggest jerk in the league and punish your team, and your organization and your fan base the way he did and be the most valuable player.”

Rodgers fired back calling Arkush an “absolute bum,” adding that his issue with him was his vaccination status. 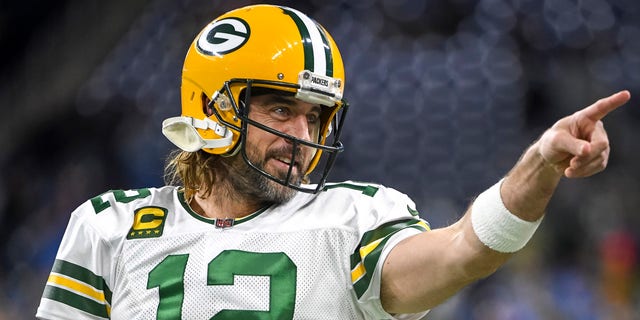 After his season came to a surprising end with a divisional-round exit, Rodgers said he would take time before deciding what to do about his future. The Packers organization, however, has made it clear: they want him back.