Not now, Lassa fever! England records two cases of Ebola-like virus that can cause vaginal bleeding and comas among family returning from West Africa

Two cases of Lassa fever have been detected in Britain among people who recently returned from West Africa.

Health officials revealed the infected patients are members of the same family, who live in the East of England.

They are among only 10 cases of the rodent-borne disease ever detected in the UK — and the first since 2009.

A third relative is suspected of having the Ebola-like disease, which kills around one in 100 people, but is awaiting confirmatory tests.

The UK Health Security Agency (UKHSA) stressed there was no evidence of onward transmission among any of the cases.

One of the confirmed patients is being moved to the Royal Free Hospital in London to receive specialist care, while the second has already made a full recovery. The third probable case is being monitored by doctors locally at Bedfordshire Hospitals NHS Foundation Trust.

Lassa fever is endemic in Nigeria and several other countries on the west coast of Africa, including Liberia and Guinea.

People usually become infected after exposure to food or household items that are contaminated with urine or faeces of infected rats.

But the virus, which can make women bleed from their vagina and trigger seizures, can also be transmitted via bodily fluids. 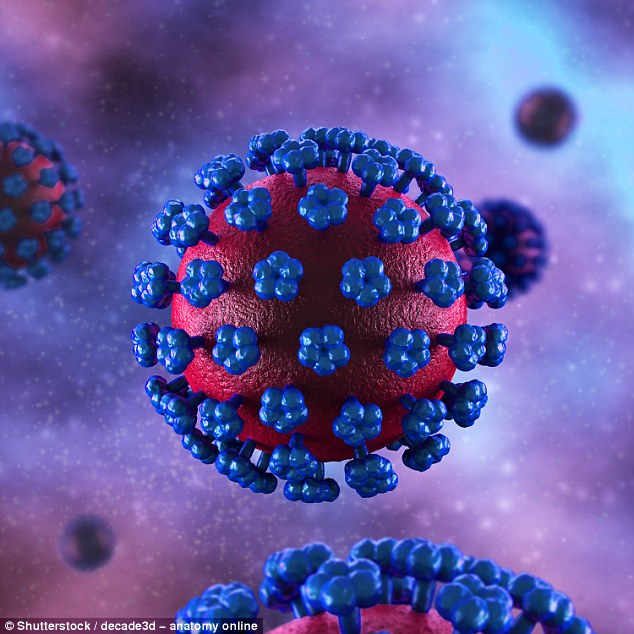 Two cases of Lassa Fever have been detected in England after recently returning from West Africa. The patients are within the same family in the East of England, the UK Health Security said

WHAT IS LASSA FEVER?

Scientists first identified the virus causing Lassa fever in 1969. It belongs to the Arenaviridae family.

According to the World Health Organization, 80 per cent of people who get infected won’t develop any symptoms. But the virus has a case-fatality rate of around 1 per cent.

Lassa fever is endemic in Nigeria and several other countries on the west coast of Africa, including Liberia and Guinea, according to the WHO.

Symptoms begin with headaches, sore throats and vomiting, but it can trigger bleeding from the mouth, nose or vagina.

However, they gradually progress to shock, seizures, tremors, disorientation and comas without prompt treatment.

A quarter of patients will also experience temporary deafness that will eventually return, medical literature states.

Pregnant women who contract the disease late in pregnancy face an 80 per cent chance of losing their child or dying themselves.

It can either be spread by rats or from person-to-person by exposure to bodily fluids of someone who is infected.

Around 80 per cent of people who contract the disease experience no symptoms at all, according to the World Health Organization (WHO).

And while most people make a full recovery, the virus can be fatal in roughly 1 per cent of cases.

Among those who do get symptoms, a quarter of patients will experience temporary deafness that will eventually return.

Other symptoms include headaches, sore throats and vomiting.

It can also trigger bleeding from the mouth and nose.

However, they can gradually progress to shock, seizures, tremors, disorientation and comas without prompt treatment.

Patients are treated with antivirals and sometimes blood pressure drugs and oxygen.

Dr Susan Hopkins, chief medical advisor at UKHSA said: ‘We can confirm that two cases of Lassa fever have been identified in England, and a further probable case is under investigation.

‘The cases are within the same family and are linked to recent travel to West Africa.

‘Cases of Lassa fever are rare in the UK and it does not spread easily between people. The overall risk to the public is very low.

‘We are contacting the individuals who have had close contact with the cases prior to confirmation of their infection, to provide appropriate assessment, support and advice.

‘The UKHSA and the NHS have well established and robust infection control procedures for dealing with cases of imported infectious disease and these will be reinforced.’

Dr Sir Michael Jacobs, consultant in infectious diseases at the Royal Free London, where one of the patients is being cared for, added: ‘The Royal Free Hospital is a specialist centre for treating patients with viral haemorrhagic fevers, including Lassa fever.

‘Our secure unit is run by a highly-trained and experienced team of doctors, nurses, therapists and laboratory staff and is designed to ensure our staff can safely treat patients with these kind of infections.

‘People living in endemic areas of West Africa with high populations of rodents are most at risk of Lassa fever.

‘Imported cases rarely occur elsewhere in the world. Such cases are almost exclusively in people who work in endemic areas in high-risk occupations such as medical or other aid workers.’