The England international was involved in a bidding war in Bengaluru and saw his price rocket compared to last year, following a breakthrough 12 months; Livingstone became the fourth highest English player sold at an IPL auction

Liam Livingstone was sold to Punjab Kings for £1.25m on the second day of the 2022 Indian Premier League auction.

The England international was involved in a bidding war in Bengaluru and saw his price rocket compared to last year, following a breakthrough 12 months.

England white-ball skipper Eoin Morgan was not signed up but team-mate Jofra Archer was bought by Mumbai Indians for £782,000 even though the fast bowler, recovering after elbow surgery, is unlikely to play in this year’s tournament.

Livingstone fetched £74,000 in 2021 and – despite scoring only 42 runs in five innings for Rajasthan Royals – the Lancashire all-rounder went on to enjoy a sensational summer in white-ball cricket. 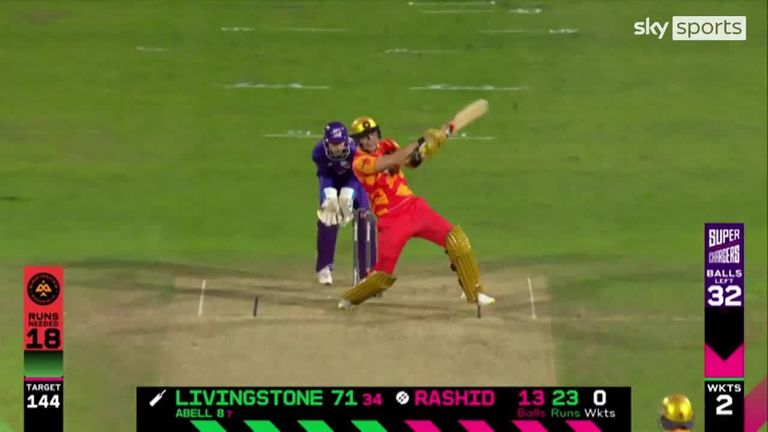 Livingstone smashes the fastest-ever fifty of The Hundred and ten sixes as Birmingham Phoenix secure their place in the final with victory over Northern Superchargers.

Livingstone smashes the fastest-ever fifty of The Hundred and ten sixes as Birmingham Phoenix secure their place in the final with victory over Northern Superchargers.

A maiden international Twenty20 hundred off 42 balls for England against Pakistan in July was followed by being named Most Valuable Player in the inaugural edition of The Hundred.

With Livingstone’s leg-spin also effective at last year’s T20 World Cup, he became the fourth highest English player sold at an IPL auction on Sunday when Punjab Kings secured his services with a successful £1.25m bid.

Wood, who withdrew from last year’s auction to spend more time with his family, was bought for about £735,000 by the Lucknow Super Giants.

Jonny Bairstow also secured a big deal as the Kings committed more than £650,000 for him, while fellow England batter Jason Roy was bought by new franchise Gujarat Titans for nearly £200,000.

WATCH DAY 2 OF THE IPL AUCTION LIVE ON SKY SPORTS