When you demand full power, the engine can sound slightly thrashy, although we’ve experienced much worse. The Sportage generally juggles its different power sources very smoothly, with the exception of the very occasional hard shift from the automatic gearbox.

We started the day of the test drive with a full battery and covered around 90 miles on a variety of roads, and at the end, the trip computer was showing 54mpg. That’s fairly tidy for this kind of car, although we will need to get it back in the UK for a more exhaustive test.

Once the battery is empty, that figure naturally goes up. As with most plug-in hybrids, you can feel that it’s down a little on power, but again, that’s to be expected.

Our drive was of a pre-production car in Norway in cold, slushy conditions and on adaptive dampers that won’t be offered in the UK, so we will reserve judgment about the handling, although it’s safe to assume that it won’t be radically different to the full hybrid’s.

The interior, too, is as in any other Sportage, with the exception of the boot, where the PHEV loses some space under the floor to the battery. Even so, there’s still just enough to store the charging cables. 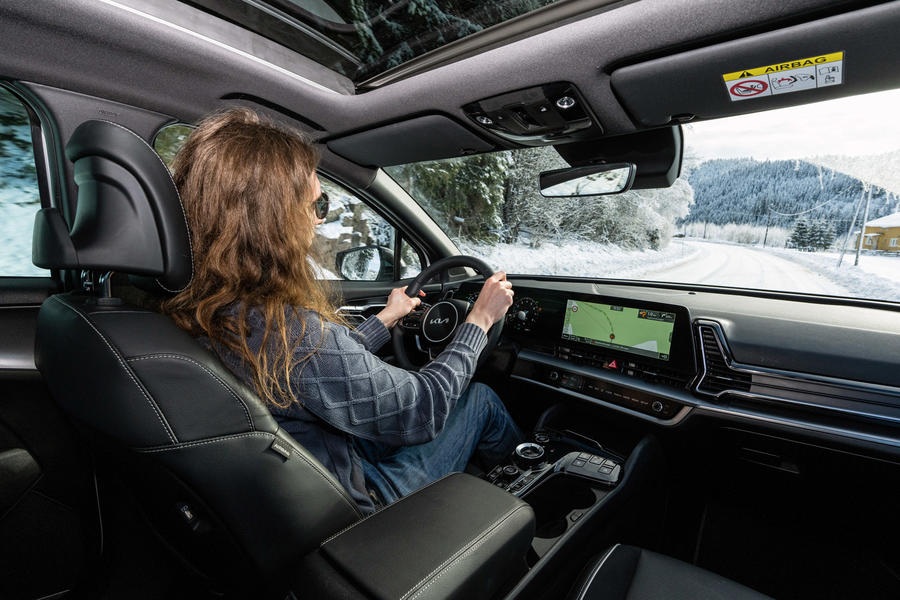