By Chris Jewers For Mailonline

Children’s television presenter Rick Jones has died the age of 84.

Friends of Jones, who was best known for appearing on a variety of BBC children’s shows during the 1970s, have been paying tribute to the star.

Canadian-born Jones began his career in television by co-hosting Play School, daily programme for pre-school-age children, on which he often sand song and played the guitar.

From there, he went on to become the presenter of Fingerbobs in 1972, which saw him create characters from finger puppets.

He was also one of several presenters who took turns to present We Want To Sing. 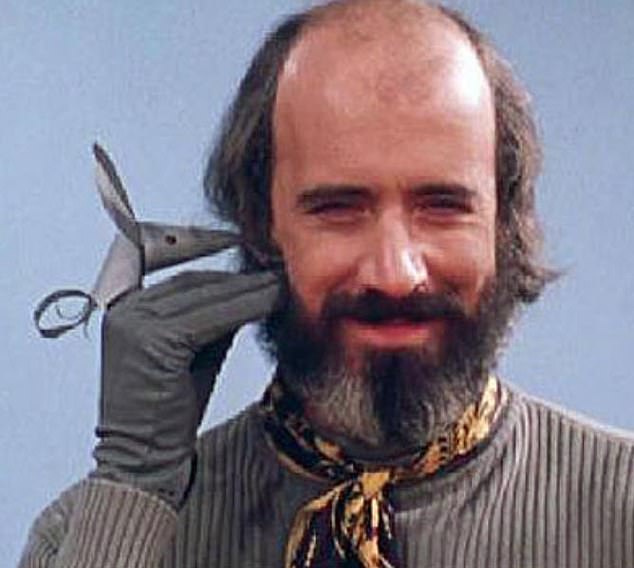 Author and illustrator Garry Vaux said Jones was a ‘huge creative spirit’ in a tribute on Twitter.

‘I’m very sad to report that Rick Jones, aka Yoffy from Fingerbobs has passed away aged 84,’ Vaux wrote.

‘I initially interviewed him for my book many years ago and we stayed in touch.

‘He was a huge creative spirit, a talented musician and a lover of life. I shall miss him greatly.’

Fans of his shows were left heartbroken by the news, and shared their own fond memories of watching the presenter on television, mostly as children.

One person tweeted: ‘That is sad news. Loved Fingerbobs as a kid. And discovered (fairly recently) he recorded the theme tune to another programme I liked called Aeronauts. RIP. Thanks for the happiness.’

Another person said : ‘Fingerbob was my all time favourite TV show. It taught me many things most of which I’ve forgotten apart from how to raise water levels using pebbles. May he rest in peace.’

A third wrote: ‘So sad… Fingerbobs was one of a few shows from my childhood that I loved to watch. His skill of giving life to pieces of curled up paper was pure magic.’

‘Very sad news about someone I remember well when I was growing up from Fingerbobs and Play School. I’ve just discovered that ‘Fingerbobs’ the album is available from a lot of music streaming services,’ said another.

Jones was born in February 1937 in London Ontario. In his later years, Jones lived in the United States in San Francisco with his wife Valerie.

In collaboration with Roger Penycate, he wrote a stage musical based on the songs and lyrics of Meal Ticket entitled ‘Laughing Daughter’.

The musical had a three-week run at the Indian Head Center for the Arts in Southern Maryland from September 3, 2009.