EastEnders Bernadette actress to take a break from soap – digitalspy.com

Clair Norris will be stepping away from EastEnders soon.

The actress is set to take a break from playing Bernadette Taylor as part of a significant storyline development in the BBC One soap.

While Norris’s departure will only be temporary, the BBC is not commenting on a potential break or when the EastEnders actress is expected to return. 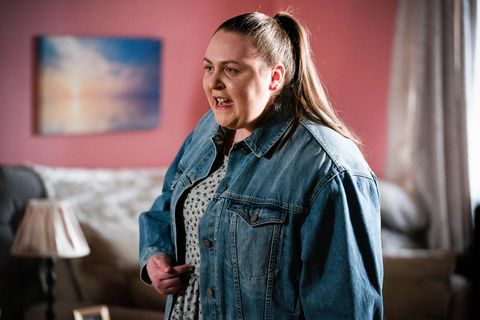 Bernie is involved in one of EastEnders‘ biggest storylines at the moment, as she is supposed to be carrying a child for Stuart and Rainie Highway as a surrogate.

It has been a rocky road throughout the surrogacy, with the latest dispute between the two sides happening when Mick Carter told Mitch Baker and the Taylors that Rainie was back on drugs.

Mick was actually lying to cover his and wife Linda Carter’s tracks over the father of their child, but the Taylors offended Rainie by accusing her of relapsing in front of everyone in Albert Square.

With Mick having now left the Square with Linda, the situation between Bernie and the Highways could be set to explode! 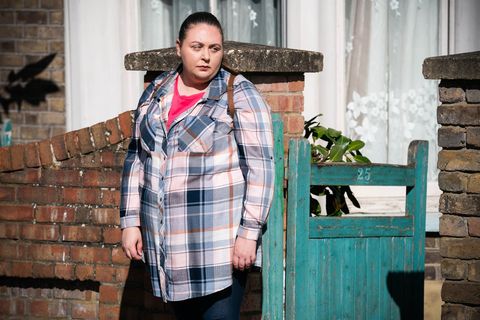 Norris could be the third member of the on-screen Butcher-Taylor family to step away from EastEnders in the last two years.

Karen and Mitch’s daughter Chantelle Atkins was permanently written out of EastEnders in an issue-based storyline last autumn when she was killed by her abusive husband Gray.

Before that, Keanu Taylor went into hiding after being caught out for his affair with Sharon Watts and running afoul of the Mitchells.

Next week’s episodes will include an update on Keanu’s current status, so there is still a chance all of the living Baker-Taylor children can eventually reunite in Walford. 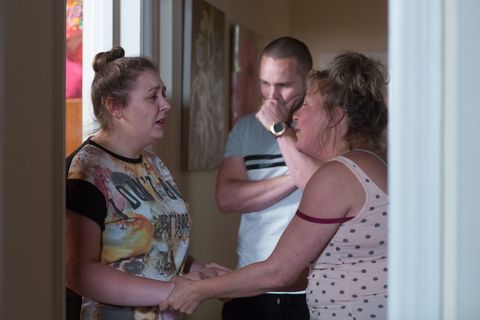 EastEnders airs on Mondays, Tuesdays, Thursdays and Fridays on BBC One.

One of Them: From Albert Square to Parliament Square by Michael Cashman

The End of an Earring by Pam St Clement

In the Nick of Time by John Altman

A Bit of Me by Denise van Outen

The World According to Danny Dyer: Life Lessons from the East End by Danny Dyer

Just a Mo: My Story by Laila Morse

All of Me: My Extraordinary Life by Barbara Windsor

Before the Year Dot by June Brown