Paddy Bever has revealed the future of the soap’s dark Max storyline in Coronation Street.

Viewers learned during Friday’s (February 18) episode that Max was actually the one who’d spiked Amy Barlow’s drink, though it was by accident.

Max was trying to get even with teacher Daniel Osbourne once again, only for Amy to take a sip out of the wrong cup. Now, the teen is scrambling to prevent anyone from realising he was behind the drugging.

When Digital Spy recently spoke with Bever, he explained Max is still consumed with anger from the fall down the stairwell weeks ago. 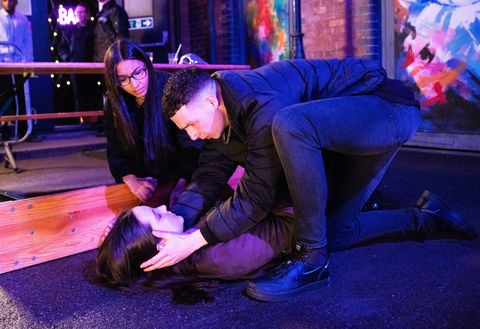 “I think Max’s main feeling towards Daniel right now is anger. Max is incredibly protective of David, he’s been the only real constant in his life, he got moved around a lot in his childhood and never felt secure and safe until he was with David and for Daniel to threaten that relationship makes Max so angry,” he said.

“He was already incredibly upset about the way Daniel forced David to reveal the information of his rape, so for Daniel to then push Max down the stairs, lie and get away with it is just like kicking him when he’s down. Max sees it as a huge injustice and he can’t let Daniel get away with it.”

He added: “I absolutely think it’s to do with Max’s youth that he makes this decision. When David was spiked he was spiked with GHB and that’s what gives Max the idea, he’s seen how triggered and upset David has been by this resurfacing and he wants Daniel to feel how David feels right now.

“He’ll go to any lengths to protect David but he is just 15 and he doesn’t think it through.” 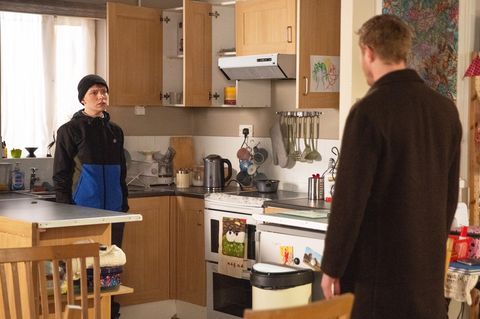 The actor also added that “Max is all about loyalty”, so he’s determined to make Daniel pay for feuding with David.

“I think he’s a really protective person, we saw that with Summer and now we’re seeing it with David,” he noted. “When someone comes into Max’s life his instinct is to protect them at all costs because he knows how easy it is to lose someone from your life. To be able to protect people is so incredibly important to him.”

Bever stressed that Max’s sense of loyalty to his friends is another major reason why he’s determined not to let the truth come out about the spiked drink.

“Amy has been tough on Max at times but at the end of the day he thinks she’s a decent person and he’s absolutely devastated when he realises what he’s done to Amy because she’s never done anything bad towards him,” he said. 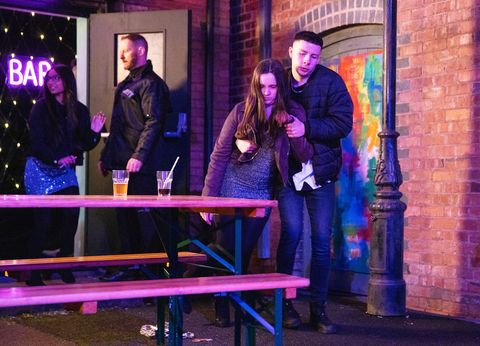 “It’s an overwhelming feeling of guilt and that’s how we know Max isn’t just some evil person. At first when he hears Amy was spiked he really hopes his drink wasn’t the one, but then when he watches over the footage it’s that awful realisation of I’ve nearly killed someone who is my friend.”

The actor also noted: “He’s terrified, as his anger towards Daniel starts to fade away and he starts to accept what he’s done, he realises how other people are going to see this. Not even David is going to see this from his perspective. We often as humans judge others by their actions and ourselves by our intentions and I think that’s what Max does.

“But now he’s looking past his intentions and he fears people are going to see what he’s done and he knows it will be unforgivable for so many people, it’s pure panic. He almost goes into survival mode where he turns into a little child again and this bravado and cockiness just completely leaves him because he’s in such a state of fear.” 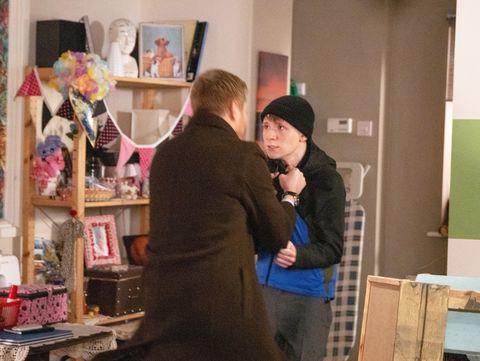 Because Bever is so “desperate” to conceal the truth, Max will even start to reexamine how far he’s going to get even with Daniel.

“I think Daniel will always represent a very negative time for Max but this has gone too far now, even for Max,” he said. “His vendetta against Daniel has taken him to lengths that I don’t think he saw himself going to and I don’t think he likes the person that has done this.

“He doesn’t like the version of himself that has hurt someone so badly. I think it will make Max more self aware, he’ll continue to do what Max does which is cause trouble but whether that will be aimed towards Daniel I don’t think so, I hope this has taught Max a lesson.” 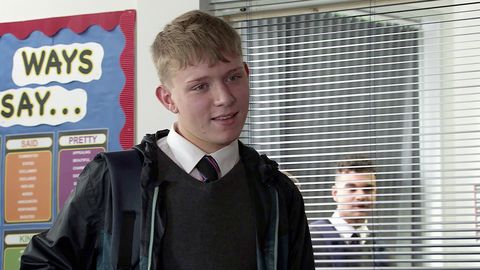 “I’m finding playing him really interesting,” he explained. “I think it’s really important when you’re playing someone like Max not to judge them, which can be really difficult, but judging people by their intentions rather than their actions helps.

“It’s important to learn why Max does everything he does, that’s really key to understanding him. Every time I’m presented with a script the first thing I do is make notes to determine why Max is saying everything that he’s saying so that I can fully understand him and exist in that moment.”

Coronation Street airs on Mondays, Wednesdays and Fridays from 7.30pm on ITV.

The Road to Coronation Street [DVD]

The Unwelcome Visitor by Denise Welch

Deirdre: A Life on Coronation Street by Glenda Young

Snow on the Cobbles by Maggie Sullivan

Starting Over by Denise Welch

Jack Duckworth and Me by Bill Tarmey

A Working Diary by Julie Hesmondhalgh

Behind the Laughter by Sherrie Hewson