Bedtime stories with Kate! Duchess will read The Owl Who Was Afraid of the Dark on CBeebies – Daily Mail

The Duchess of Cambridge will become the latest famous face to settle down and read a children’s book on Cbeebies Bedtime Stories, it has been announced.

Kate, 40, will narrate one of her favourite children’s books, The Owl Who Was Afraid of the Dark, by Jill Tomlinson, in a programme to be broadcast on Sunday.

The mother-of-three, who enjoys reading the title to children George, eight, Charlotte, six, and Louis, three, dressed down in jeans and a £179 Fair Isle Jumper from Holland Cooper for the TV appearance.

It was filmed in January at Kensington Palace to mark Children’s Mental Health Week, which runs until Sunday.

Kate is following in the footsteps of A-listers like Tom Hardy, Suranne Jones, Dolly Parton and Captain America’s Chris Evans, who have all brought their star power to Bedtime Stories, much to the delight of parents watching with their children.

The Owl Who Was Afraid of the Dark tells the story of Plop, the Baby Barn Owl, who learns to overcome his fear of the dark through encounters with a host of friendly characters. 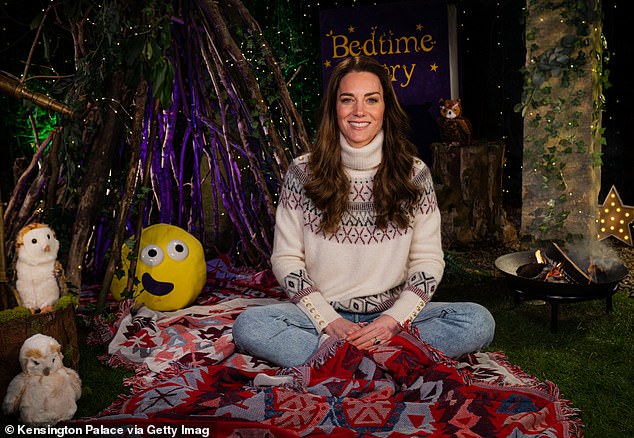 Storytime with Kate! The Duchess will narrate one of her favourite children’s books, The Owl Who Was Afraid of the Dark, by Jill Tomlinson, in Cbeebies Bedtime Stories on Sunday 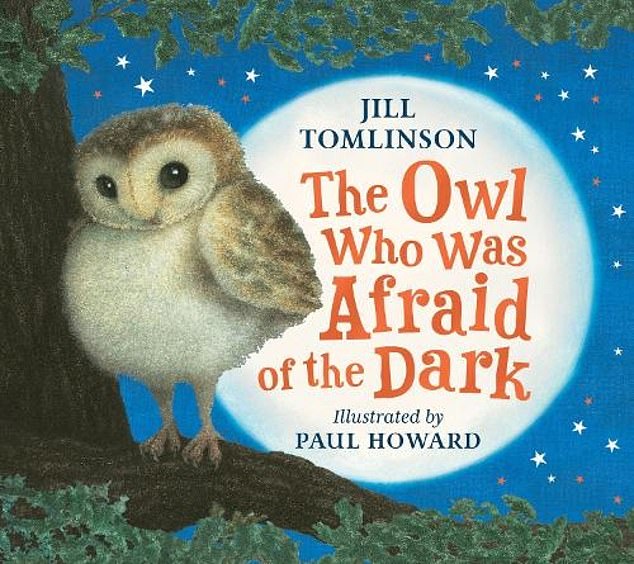 An important lesson: The Owl Who Was Afraid of the Dark tells the story of Plop, the Baby Barn Owl, who learns to overcome his fear of the dark through encounters with friendly characters

A picture shows Kate sitting cross-legged on a blanket in stonewashed jeans and a cream knit jumper.

Learning to overcome your fears: The story of The Owl Who Was Afraid of the Dark

The Owl Who Was Afraid of the Dark tells the story of Plop, the Baby Barn Owl, who is too scared to go hunting with his parents because ‘dark is nasty’.

Mrs Barn Owl sends him down from the nest to learn about the dark and he comes across a series of characters who show him how joyful the night can be, like a black cat who takes him exploring and a little boy waiting for fireworks to begin.

He also meets a man with a telescope and a scout out camping.

Plop sees how all of these fun activities can only be enjoyed at night and, with the help of his new friends, learns how wonderful the dark can be.

The original 112-page book, published in 1968 was illustrated by Joanne Cole.

An abridged version published in 2001 was illustrated by Paul Howard.

Behind her is a wooden den in which the familiar smiling CBeebies toy is hiding.

A starry backdrop has been put up behind her, as well as a cosily smoking fire pit.

There are also three stuffed owls, representative of her chosen bedtime story.

Kate is not the only royal to show an interest in children’s literature – in 1984 her father-in-law Prince Charles appeared on Jackanory to read his tale, The Old Man of Lochnagar.

The theme for this year’s Children’s Mental Health Week is ‘growing together’, encouraging children and adults to consider how they have grown emotionally and recognising that trying new things can help people move beyond their comfort zones, while challenges and setbacks can help them to mature and adapt.

Kate, 40, chose her story to reflect the theme.

The Owl Who Was Afraid of the Dark tells of Plop, a baby barn owl who, although he has a large appetite and adventurous spirit, is afraid of the dark – unfortunate for a nocturnal creature – and refuses to go hunting with his parents.

Mrs Barn Owl sends him down from the nest to learn about the dark and he comes across a series of characters who show him how joyful the night can be, like a black cat who takes him exploring and a little boy waiting for fireworks to begin.

At the end of the book he realises that the dark is not so bad after all.

The original 112-page book was loved by the duchess when she was a child and she now reads it to her children, Prince George, Princess Charlotte and Prince Louis, an aide said. 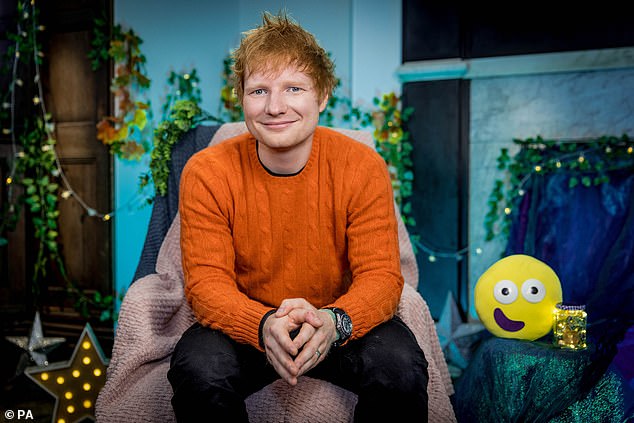 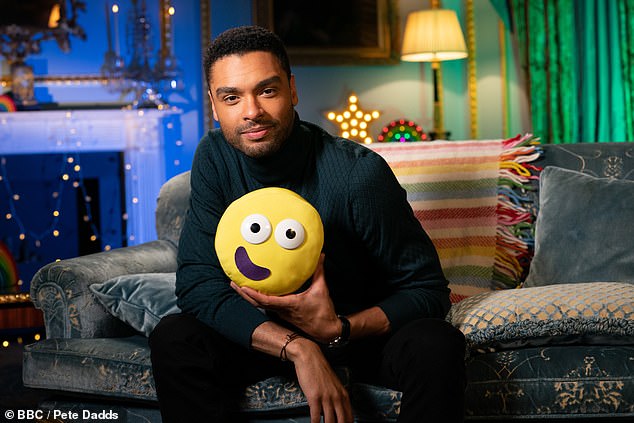 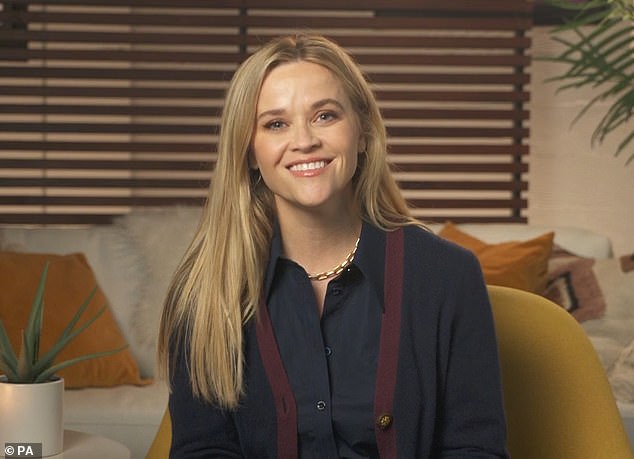 Legally blonde: Another famous face to have read a Cbeebies bedtime story is actress Reese Witherspoon

Kate will read a shorter ‘storyboard’ version of the book, with illustrations by Paul Howard, on Sunday at 6.50pm.

Patricia Hidalgo, director of BBC children’s and education programmes, said: ‘I couldn’t be more proud to have the duchess read a CBeebies bedtime story as we mark the 20th anniversary of our CBeebies and CBBC channels.

‘It’s such a special and relevant tale and perfectly represents this year’s Children’s Mental Health Week theme. I can’t wait to see her deliver her own take on such a classic story and I’m sure our audience can’t either.’

Author Miss Tomlinson trained as an opera singer but turned to writing children’s books when she fell ill with multiple sclerosis. She died in 1976, aged 45.

The Owl Who Was Afraid of the Dark read by the duchess on CBeebies Bedtime Stories will be screened at 6.50pm on Sunday

Jumper and jeans? Perfect for a yarn

What better choice for a cosy bedtime story than a nostalgic Fair Isle knit?

Relaxed, relatable but still a little royal. You can imagine the Cambridge clan donning matching knits and Barbour jackets for a yomp around Balmoral or along the beach near their Norfolk home.

It certainly conjures an image of a child snuggled up under each arm. Of course, this being Kate, her choice is a sign of her credentials as a style icon. This traditional knitted border design was also a hit on the catwalk.

Kate has gone for a £179 cream high-neck knit from Holland Cooper. Founded by Jade Holland Cooper in 2008, the brand started as a stall selling tweed miniskirts at the Badminton Horse Trials.

It’s not the first time Kate has been seen in one of Jade’s pieces – she wore a blue, green and purple tartan coat in Edinburgh last May.

It is, however, the first time we’ve seen her in stonewashed denim jeans. It’s a very relaxed look that works perfectly for the occasion. And though Kate traditionally favours a skinny jean, it seems this pair are a looser fit. What better for telling a bedtime story than ‘mom’ jeans?