‘Got away with that big time’: Sadio Mane escapes a second yellow card for a BLATANT dive in extra-time of AFCON final against Egypt… before stepping up to score the winning penalty for Senegal

By Isabel Baldwin For Mailonline

The forward scored the winning penalty to secure Senegal their first ever AFCON title – but only after a stroke of luck ensured he stayed on the pitch.

In extra time, Mane avoided a second yellow card following what appeared to be a blatant dive as the referee waved play on, leaving Egypt furious. 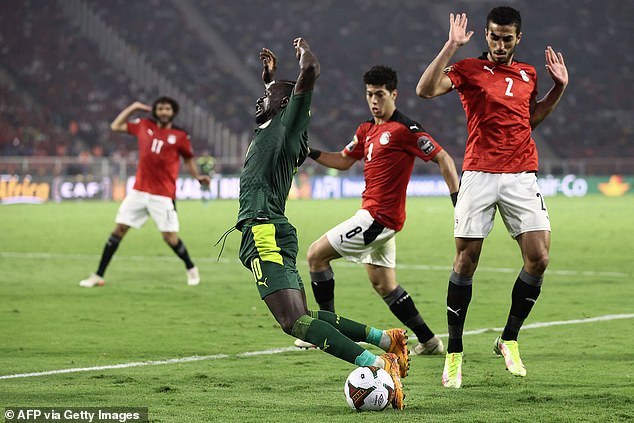 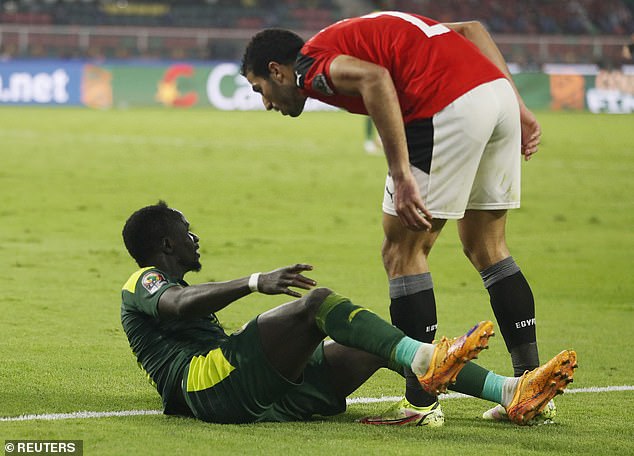 He had been booked late in the second half for a challenge on Emam Ashour and arguably should have received a second for stimulation.

The 29-year-old flung himself to the ground just outside the penalty area as Egypt centre-back Mohamed Abdelmonem came across to make a challenge.

Replays suggested there was no contact between the two players, despite Mane’s appeals for a free kick, but the referee simply pointed for a goal kick. 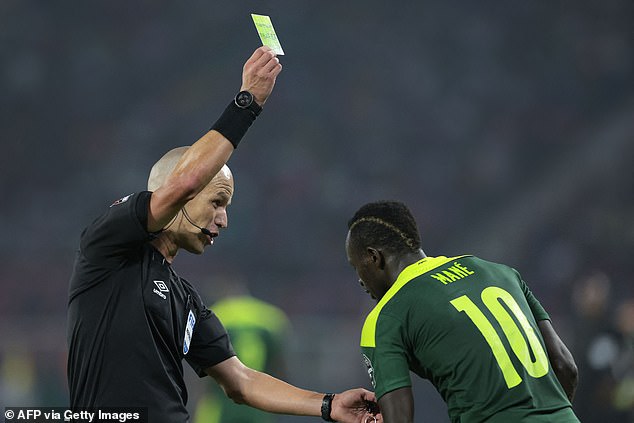 Egypt’s players protested believing Senegal’s talisman should have received a yellow and his marching orders for his theatrics and fans agreed.

Viewers took to social media to brand Mane’s actions ’embarrassing’ and insist he got lucky.

‘Sadio Mane should be sent off there, that is a second yellow as clear as day that’s a clear dive, pure cheating,’ sports journalist Josh Bunting wrote.

While another, Marcello Cossali-Francis, added: ‘Mane should be sent off for that. Got away with that big time.’

‘Why dive when you’re on a yellow card,’ another supporter questioned. ‘Lucky not to get sent off Mane.’

Another fan claimed that the referee was too lenient with Mane as he did not want to ruin the game.

‘Mane low-key deserves a red card,’ they said. ‘Multiple times. Dude just dived but the caf doesn’t want to ruin this match. The referee has been very lenient.’

Others called Mane out, labelling the dive as ’embarrassing’ and a ‘disgrace’.

‘What a failed dive from Mane,’ said one fan. ‘Embarrassing. Senegal coach wants to pull his hair out!’

While another added: ‘Omg that dive was a disgrace by Mane.’

Mane saw a spotkick in the early minutes of the first half saved by Gabaski after his Liverpool team-mate Mohamed Salah advised the Egypt goalkeeper on which way to dive.

But fortunately for both Mane and Senegal, he remained on the pitch to make amends for his first-half blunder as he made no mistake from 12 yards the second time round.

Edouard Mendy denied a tame effort from Mohanad Lasheen to give Senegal the advantage in the penalty shootout, setting up Mane to convert the winning kick. 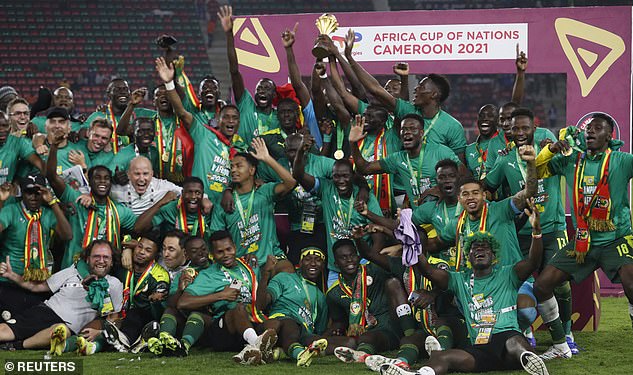 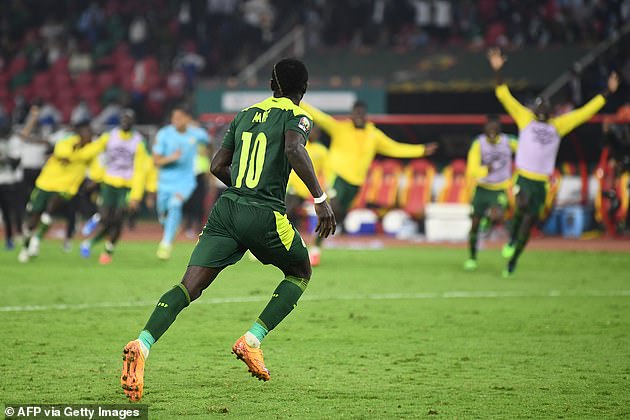 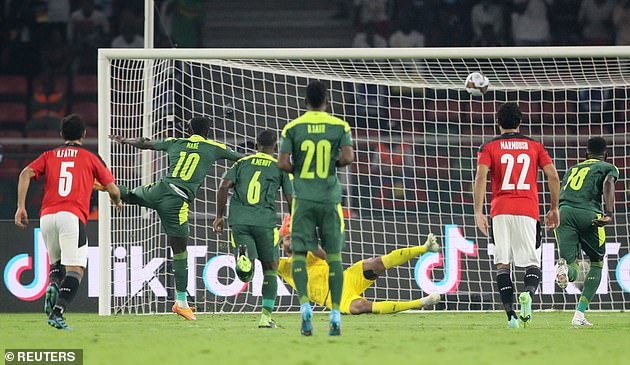 He saw his first half spotkick saved by Egypt goalkeeper Gabaski, failing to put Senegal ahead